Round 1 of the 2017 CAMS, HI-TEC OILS/M&R DISTRIBUTORS Victorian Off Road Racing Championship, the Harvestco King Of The Dunes was held on Saturday the 18th of February at was in arguably one of the most picturesque Off Road tracks in Australia, the sand dunes of Swan Bay, Portland.

22 starters lined up for the spectacular side by side mass start, to battle it out over 2 eight lap heats of the 16km course. On the drop of the Australian flag, Matt Hanson with Leigh Wells back in the Navigators seat launched the #7 SMU Jimco into the early lead, ahead of Daryl Nissen/Andrew Harness and Aaron James/Peter Luckraft.

Hanson opened up an early lead after 4 laps and looked to have heat 1 in the bag. However Lady luck had other ideas, with Hansen forced to stop on the side of the track during lap 5 with a failed CV circle. They eventually got going to complete the lap.  Another early contender, Daryl Nissen also lost time with a broken injector wire at the plug on lap 2, while club president Damien Nicol and Steve Grills were forced to retire with torque convertor issues in the Trophy Truck.

It was Aaron James and Peter Luckraft that took the heat 1 win, leading home Eric Schlifelner and Shane Cottee who were having a battle of their own, split by only 2 seconds at the completion of the 1st heat.

The 2nd heat saw another mass start with only 16 cars managing to greet the starters flag, in a case of Déjà vu it was Matt Hansen leading the same contenders as the first heat, this time he would have no dramas and go on to win the heat with a commanding 7 minute lead, with Aaron James showing his consistency in finishing 2nd ahead of Daryl Nissen in 3rd.

But with the times from both heats tallied up it was Aaron James/Peter Luckraft in their Ford Ecoboost powered Alumicraft Pro buggy in a time of 2:53:15 who had a trouble free run taking the round win. 6 minutes back Eric Schlifelner locked in second in his Hayabusa powered Saber Prolite. Rounding out the podium after having to short shift to save on fuel was another Saber Prolite car of David Davis. All 3 of these teams were competing at the Dunes for the first time. Only 10 of the 22 starters completed all 16 laps.

In class it was Aaron James/Peter Luckraft over Shane Cottee and Matt Hansen in Pro class, Eric Schlifelner over David Davis and Daryl Nissen/Andrew Harness in Prolite, Super 1650 was won by David Vallance/Mark Harrison from Andrew Glover/Connor Corrigan, Extreme 2wd saw Robert Moore/Deanne Thorne take the win over Darren Mott/Teal & Bailee Mott ,who were the last car over the line, the only other class to have a winner was Superlite with Toby Whateley/Simon Herrmann winning the class, finishing 4th outright on debut of their new Can-Am Maverick .

Aaron James went on to say that the event was fantastic and after a difficult year as a group after the large accident at Finke and a long slow period of rehabilitation for Adrian. But with a great deal of support from the Off Road community, to come away today with Adrian and win the race at Portland completes the journey and they can now move forward and look forward to the remaining season. Thanks to the Portland Dune Buggy Club for a extremely well run day and I would especially like to thank Series Sponsors- Hi-Tec Oils, M&R Distributors, Werribee Mitsubishi and Show ‘n’ Go Photography.

Event Report and Photos thanks to Corey Aldridge and Show ‘n’ Go Photography. 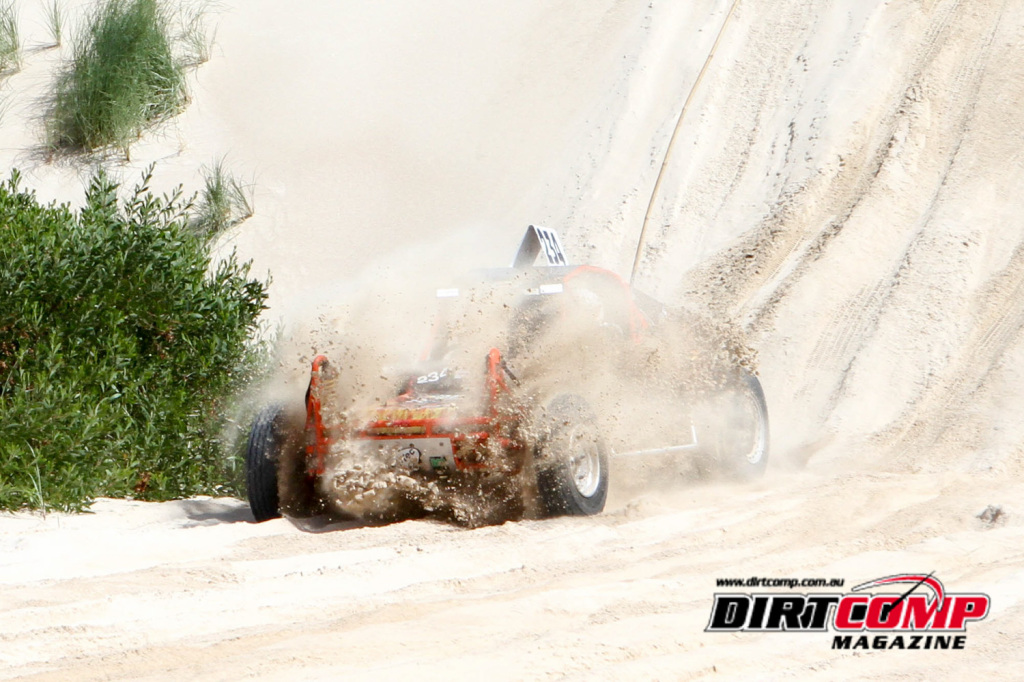 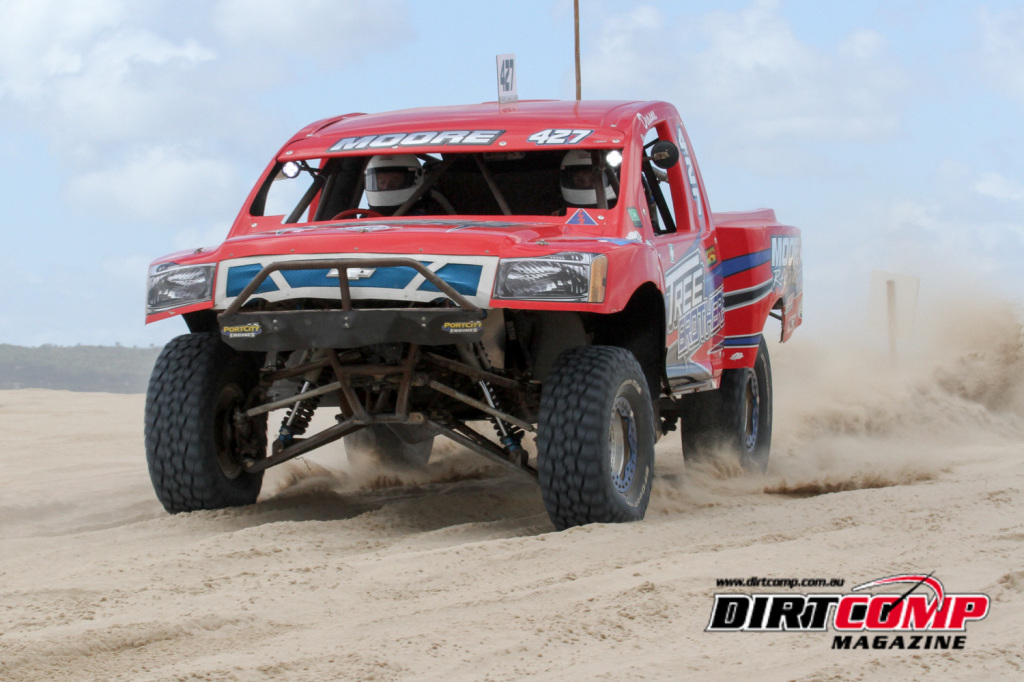